By: Ricardo Neto and João Soares from the STP-Press News Agency

São Tomé, 09 Feb. 2022 (STP-Press) – Nigeria and São Tomé and Príncipe have just announced an amount of 04 billion dollars to be invested in the two countries as a result of the Business Forum held two months ago in Abuja by the authorities Nigerians and Sao Tomeans, Today revealed a spokeswoman for this joint operation, Arzemiro dos Prazeres “Bano”.

Arzemiro dos Prazeres, director of the Sao Tome Agency for Promotion, Commerce and Investments, ACPI, made this revelation this morning at the end of an online video conference meeting between representatives of the governments of both countries with the results of the first negotiation meeting. of Abuja, where São Tomé and Príncipe is found, where prime minister, Jorge Bom Jesus.

In press statements to Arzemiro dos Prazeres, “the representatives of the Nigerian government at the finance ministry level presented us with four partnership frameworks … , such as the World Bank, IMF; Arab Banks, African Development Bank, an amount of 4 billion dollars for investments in both countries”.

“This amount will be applied between March and three stages”, said Arzemiro dos Prazeres, stressing that the first series for short term in March and the estimated investments of 50 million from April to June in the order of 250 to 500 million, culminating with the third phase, for the long term, which could reach 1 billion dollars for project projects in institutional areas as well as in the private sector.

Arzemiro dos Prazeres also announced the sensitivity of the Nigerian authorities in terms of overcoming the damage caused by floods of the latter are already estimated in December at more than 30 million dollars, with emphasis on the construction and construction of bridges, auxiliary roads, plumbing residence of drinking water, among other expenses, system

Having last year’s budget minister, Arzemiro Prazeres said “on the part of Niger, his Excellency, to study the guarantee that they were created with great ality this possibility of financing this budget”.

and São Tomé and Príncipe de Nigeria2001, establishing that 40 percent of revenue for Nigerians and 40 percent for the Sao Tome archipelago. 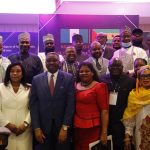 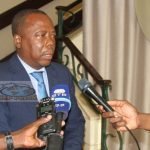 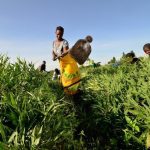 African Govts Yet to Meet 10% of Budget Target for Agriculture 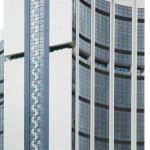 No products in the cart.

Sign up to receive latest news, updates, promotions, and special offers delivered directly to your inbox.
No, thanks